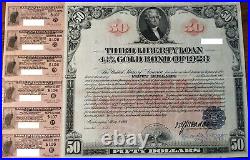 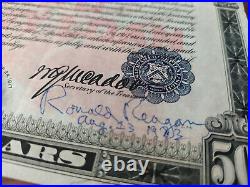 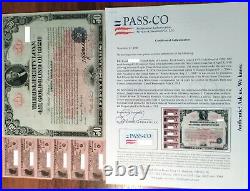 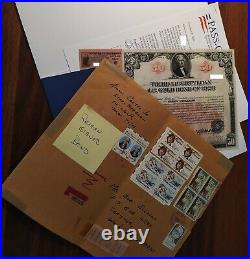 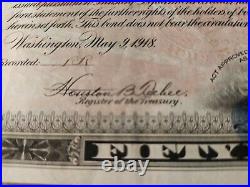 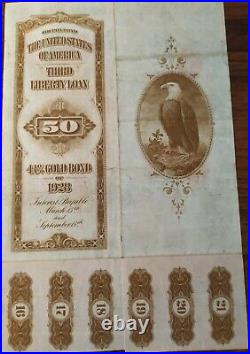 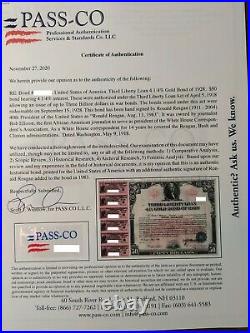 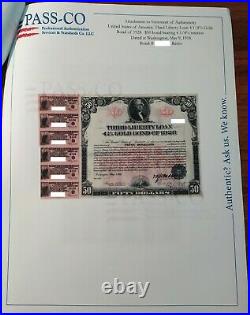 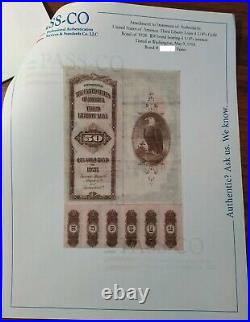 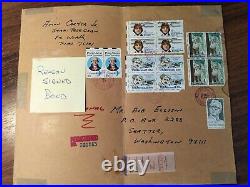 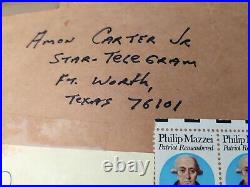 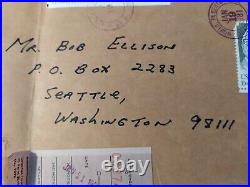 Original Authentic Extremely Rare. 1928 AMERICAN THIRD LIBERTY 4,1/4%. SIGNED BY FORMER PRESIDENT. OF THE UNITED STATES OF AMERICA. IN 1983 WHEN HE WAS IN OFFICE. We have the pleasure to present to you a special and unique bond. An American Third Liberty Gold Bond (1928), signed by former President Ronald Reagan, in 1983, when he was in office. The bond itself is accompanied by an envelope that tells a bit of the story of the previous owner. It was sent by Mr. Amon Giles Carter Jr. Bob Ellison in 1981 (as can be seen in the red seals on the envelope). The background of those two gentlemen can help us put together the full picture of the journey of the item. Carter was a publisher of the Fort Worth Star-Telegram, and a prominent business and civic leader in Fort Worth. He was also a director of American Airlines, which his father, Amon G. Had helped to found. He graduated from Culver Military Academy and was attending the University of Texas when he was called to active duty in World War II. He served as a lieutenant in the artillery in North Africa but was captured by the Germans and spent 27 months as a prisoner of war. After the war, he became a director and treasurer of Carter Publications, which owned The Star-Telegram and WBAP radio and television stations in Fort Worth. He became publisher when his father died. Bob Ellison was a radio reporter who was the first African-American journalist to serve as president of the White House Correspondents Association. Ellison spent 14 years as the White House correspondent for the Sheridan Broadcasting Network (later known as the American Urban Radio Networks). He covered the Reagan, George H. Bush, and Clinton administrations, providing reports on major issues. In 1991, while serving his one-year term as president of the White House Correspondents Association, Mr. Ellison directed the planning of the groups annual spring gathering, which traditionally draws stars from the media and entertainment worlds. Carter had a connection with Mr. Ellison in the year 1981, as confirmed by the envelope attached to this bond, which Bob Ellison received personally, as stated by the stamp on it. Signed by President Reagan on August 13, 1983. On that day, the president undertook three main events. Issuing an official message to the House of Representatives, about returning without the approval of a bill providing funds for desegregation of the Chicago school system. You can find the details of this event on the website of the Reagan Library. Addressing the nation via radio broadcast on the involvement of the USA in Central America. Details in the video below. President Reagans Radio Address to the Nation on Central America on August 13, 1983. Video will open in a new window. Giving a speech in person to honor Hispanic American G. S at the annual convention of the American G. Forum in El Paso, Texas. Details in the videos below. President Reagan’s Trip to Texas and Mexico on August 13-14, 1983. President Reagans Remarks at a G. Forum in El Paso, Texas on August 13, 1983. It is most likely that Mr. Ellison took the opportunity to receive the autograph of the 40th president on this bond during one of these events. After obtaining these documents, we personally sent it to have their authenticity confirmed at. The certification confirmed that. The bond and signature are 100% authentic. This document, an American Third Liberty Gold Bond, has its value by itself as a very rare collectible piece. But with all the added history of the gentlemen involved in its journey, and the autograph of Mr. Ronald Reagan, it has even more value as a piece of history than as a collectible bond. This document is a great opportunity to acquire a peculiar and unique piece of the history of the United States of America. The USA stands on the shoulders of great and driven people, each which their own sublime story, and this item connects three of them in a very special way. In the photos of this listing you can find pictures of the bond itself, of the envelope, and of the Pass-Co certification. To keep a safe level of confidentiality, we removed the serial numbers and Pass-Co numbers from the pictures. We hope you can use this great chance to acquire this special and rare historical document for your collection! We wish you the best of luck! THIS ITEM IS LISTED FOR COLLECTION PURPOSES. The packages still reach their destination. The item “RONALD REAGAN Autographed USA 1928 Third Liberty Gold Bond Signature Share” is in sale since Friday, February 12, 2021. This item is in the category “Coins & Paper Money\Stocks & Bonds, Scripophily\World\Other World Scripophily”. The seller is “vo_stock” and is located in Ciudad Evita, Buenos Aires. This item can be shipped worldwide.