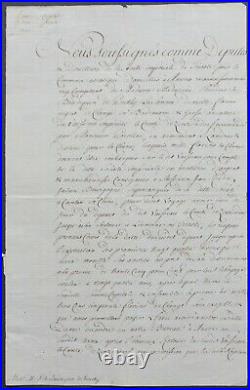 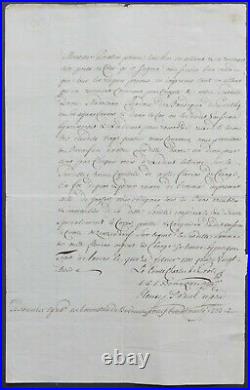 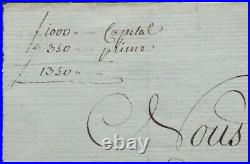 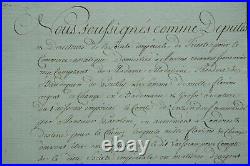 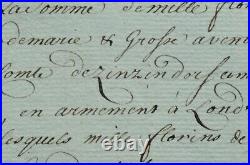 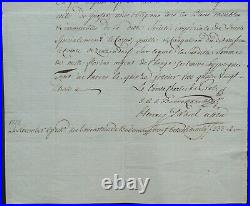 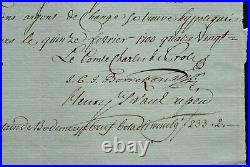 Austrian East India (China) Company (Société impériale asiatique de Trieste et Anvers) 13-2-1783. See full story below. Issuer : Austrian East India Company (Société impériale asiatique de Trieste et Anvers). Type : 35% premium bond. Quality : VF, folded, small piece of tape (see photo). Austrian East India Company is a catchall term referring to a series of Austrian trading companies based in Ostend and Trieste. The Imperial Asiatic Company of Trieste and Antwerp (French: Société impériale asiatique de Trieste et Anvers) and Asiatic Company of Trieste or the Trieste Company (Société asiatique de Trieste) were founded by William Bolts in 1775 and wound up in 1785. The Imperial Asiatic Company under the direction of the Proli group focussed on the China tea trade. In 1781, 1782 and 1783 the price of tea in Europe, especially in England, had risen to unheard of levels. In 1781 and 1782 no Dutch or French ships appeared at Guangzhou (then romanized as “Canton”) as a result of the American War, and in 1782 only eleven English, three Danish and two Swedish ships called there. Attempting to seize the opportunity to make good profits, the Proli group sent five ships to Canton: the Croate, the Kollowrath, the Zinzendorff, the Archiduc Maximilien, and the Autrichien. However, the opportunity had been missed as, with the signing of an armistice in January 1783 the former belligerents were able to send their ships to Canton safely, and the summer of 1783 saw a total of thirty-eight ships there, including the five Imperial vessels. The price of tea in Europe fell suddenly from 30 to 33 French sols to 11 to 14 sols, or around sixty per cent. Matters came to a head in January 1785 when the Company suspended all payments, and shortly afterwards it was declared bankrupt, bringing the Proli banking house down with it. Charles Proli committed suicide. An article in the Dublin press of 25 May 1786 recorded the sale of the dissolved companys ships, Zinderdorf , Kollowrath, Kaunitz, Maximilian and Austrian, together with their whole apparel, guns, stores, & c. 100 – 350 grams. The item “China/Belgium-Austrian East India (China) Co. 1783- loan 1000 guilders -UNIQUE-” is in sale since Sunday, August 23, 2020. This item is in the category “Coins & Paper Money\Stocks & Bonds, Scripophily\World\Asia”. The seller is “jjursem” and is located in Amstelveen. This item can be shipped worldwide.