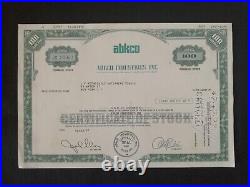 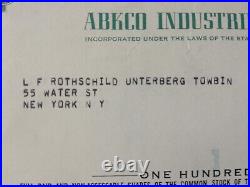 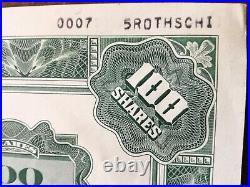 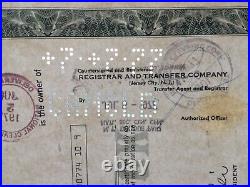 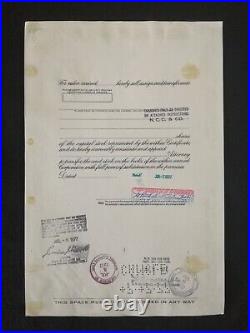 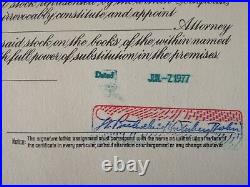 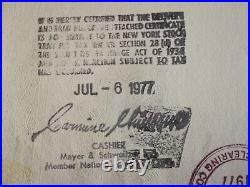 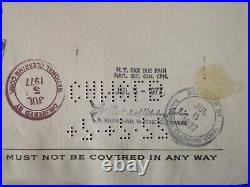 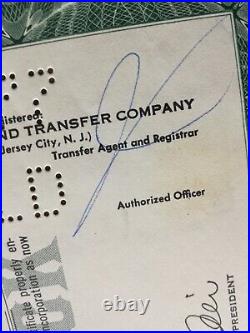 Kline’s ABKCO Industries music management and publishing company, dated 6/3/. Allen Klein (December 18, 1931 – July 4, 2009) was an American businessman, music publisher, writers’ representative and record label executive. He was known for his tough persona and aggressive negotiation tactics, many of which affected industry standards for compensating recording artists. He founded ABKCO Music & Records Incorporated. Klein increased profits for his musician clients, who previously had been receiving less lucrative record company contracts. He first scored monetary and contractual gains for Buddy Knox and Jimmy Bowen, one-hit rockabillies of the late 1950s, then parlayed his early successes into a position managing Sam Cooke, and eventually managed the Beatles and the Rolling Stones simultaneously, along with many other artists, becoming one of the most powerful individuals in the music industry during his era. Although Klein greatly increased his clients’ incomes, he also enriched himself, sometimes without his clients’ knowledge. In 1967 the record label Cameo-Parkway, was having serious financial troubles and was looking to be rescued. As a result, Allen Klein acquired a controlling interest in the corporation. Following his acquisition, the price of the stock of Cameo-Parkway rose considerably. On 16th September 1968 a special meeting of the stockholders of Cameo-Parkway approved the acquisition by Cameo-Parkway of the assets and liabilities of Allen Klein & Co. In February 1969, the name of Cameo-Parkway was changed to ABKCO Industries Inc. Klein being president and director of the new company. The Company owned the Record Label ” Epic “. ABKCO Industries managed the Beatles Apple Corps. And The Rolling Stones. Their record company also produced records from the Beatles, Rolling Stones, Kinks, Ronettes, ? And the Mysterians, Donovan, Herman’s Hermits, Phil Spector, Sam Cooke, Darlene Love, The Crystals, Marianne Faithfull, The Animals, Chubby Checker, Terry Knight, and many others. Beatles’ History with Allen Klein: 28 Jan 1969 John makes Allen Klein his personal adviser on the spot after a meeting in the Dorchester Hotel, London. 30 Jan 1969 The Beatles perform live on the Apple rooftop in Savile Row, with Billy Preston, for around 40 minutes. 31 Jan 1969 The last day of filming on the Get Back project. 3 Feb 1969 Allen Klein is appointed the Beatles’ business manager. 4 Feb 1969 Linda Eastman’s father and brother, Eastman and Eastman, are appointed as Apple’s General Council to watch over Allen Klein’s activities. Paul does not agree with Allen Klein’s appointment. 21 Mar 1969 Allen Klein is appointed business manager of Apple. 8 May 1969 John, George and Ringo sign a management contract with Allen Klein. The following day his ABKCO Industries was officially appointed business manager of the Beatles companies, but Paul refuses to sign contract, opposed to Klein’s appointment. Below is the signature page of the famous Beatle Contract showing the signatures of the Beatles (Excluding Paul) and Allen Klein for ABKCO Industries. Thanking you for your support. This item is in the category “Coins & Paper Money\Stocks & Bonds, Scripophily\Other Scripophily”. The seller is “langemann777″ and is located in this country: ZA. This item can be shipped worldwide.